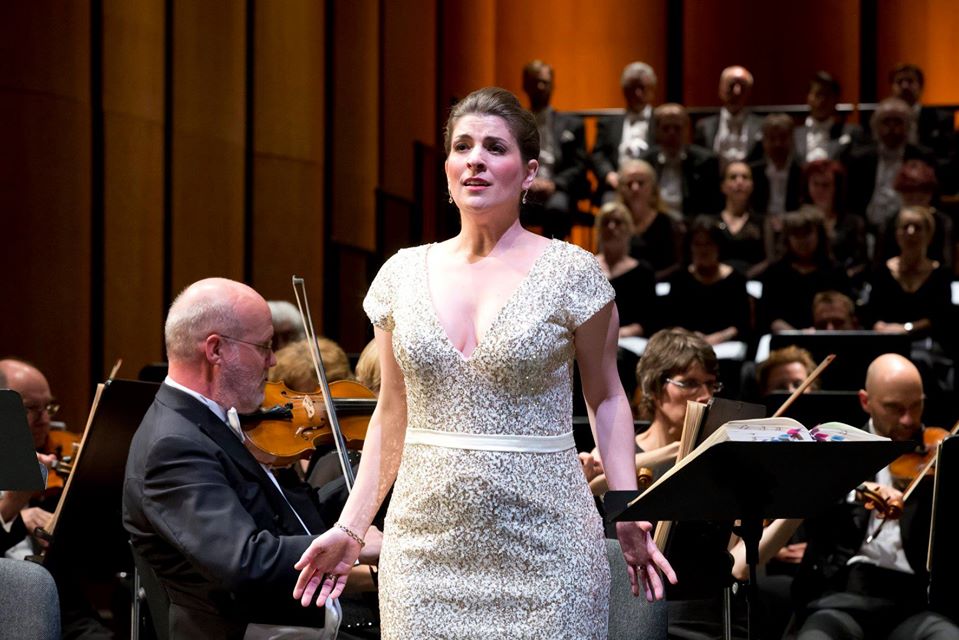 As Princess Jaroslawna in Alexander Borodin’s rarely heard opera Prince Igor, Ilia Papandreou made her successful debut at the Anhalt Theater in Dessau in May and June, adding another Russian soprano role to her extensive repertoire.
In the concertante performances with the Anhaltische Philharmonie Dessau under the musical direction of Kapellmeisterin Elisa Gogou the audience and critics were very enthusiastic:
“The great guest soloist Ilia Papandreou,” as Johannes Killeen is writing in the Mitteldeutsche Zeitung, “made the piece especially shining with her lyrical and dramatic expressiveness, clear style and high notes that never sounded thin or sharp.”